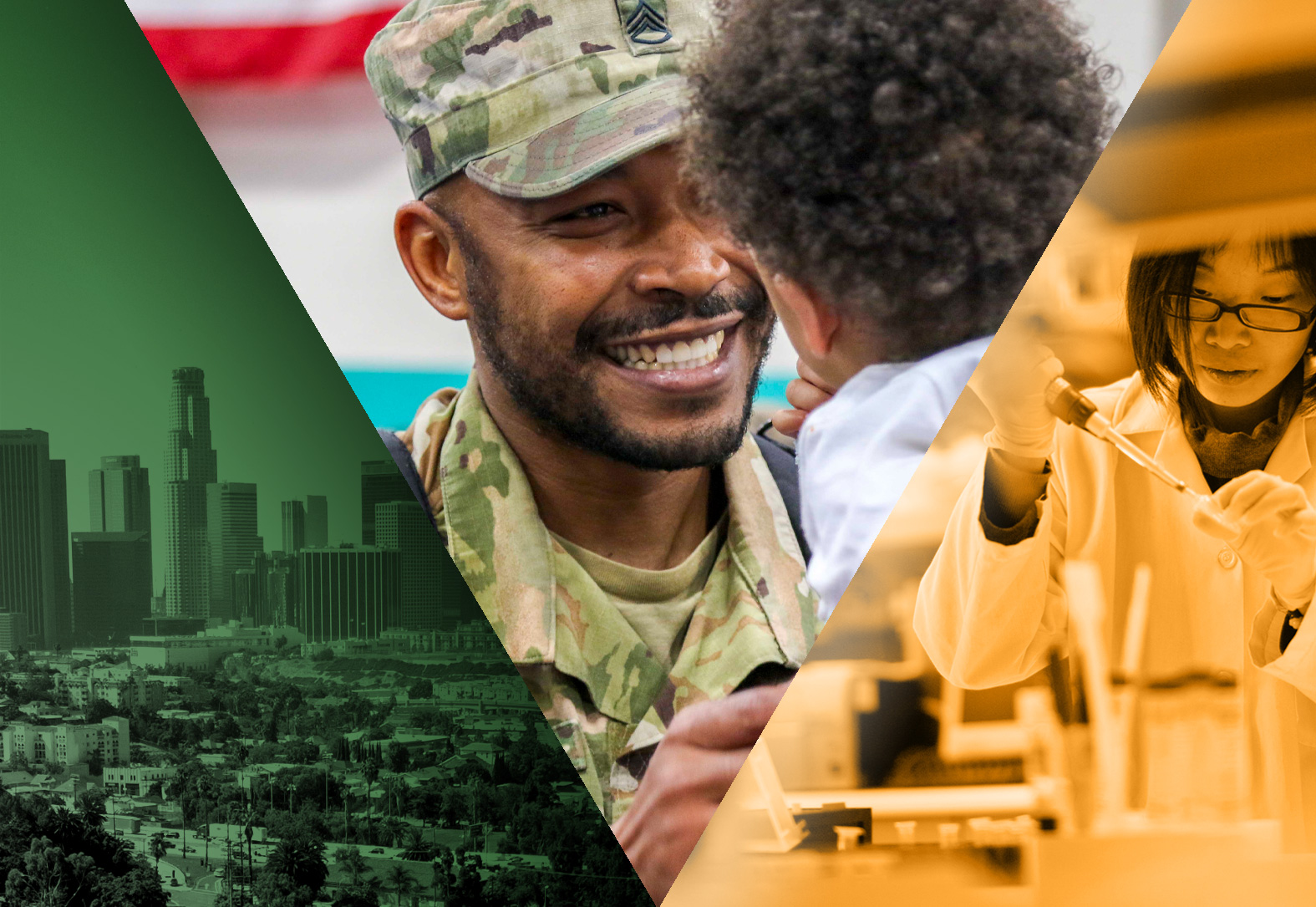 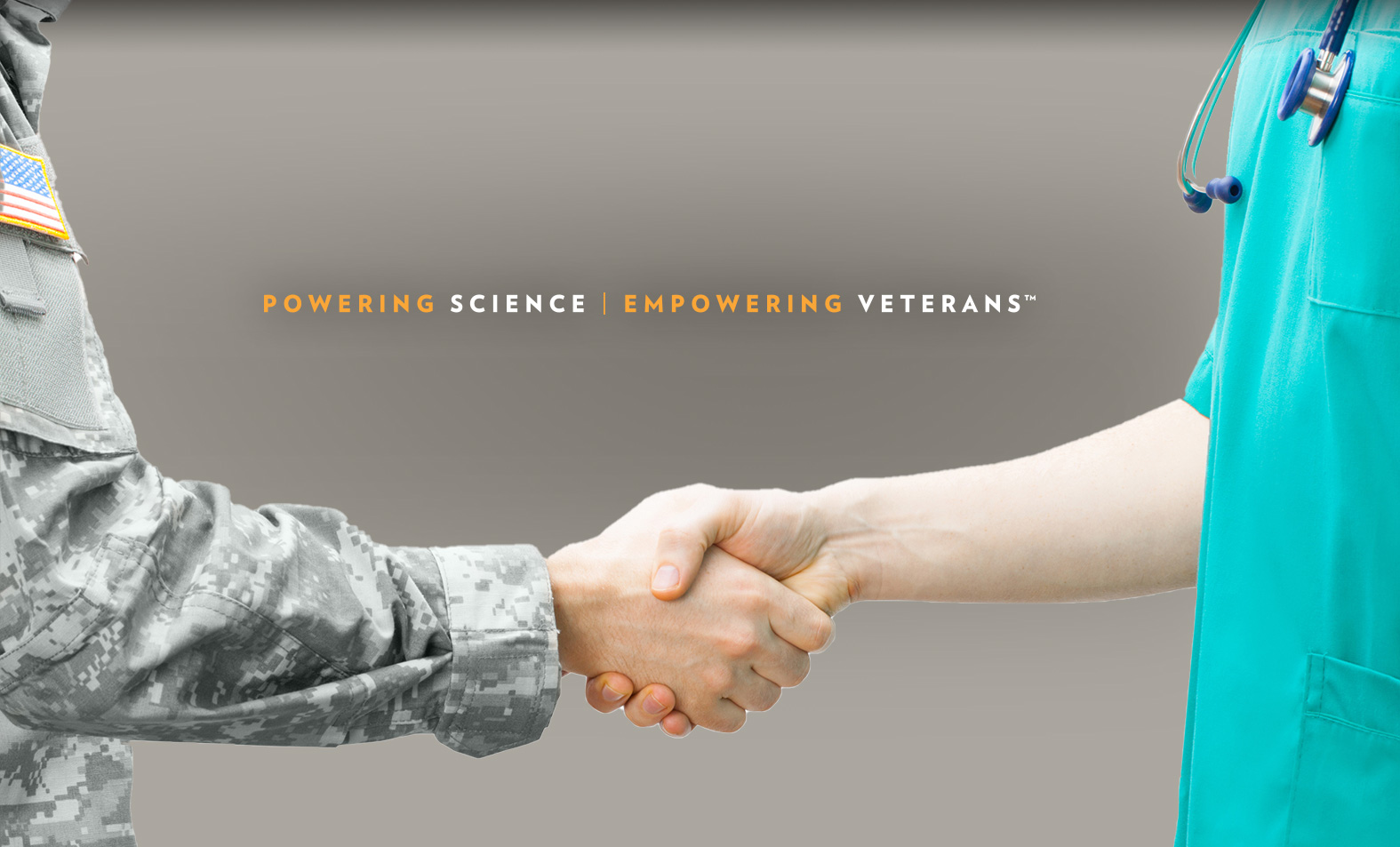 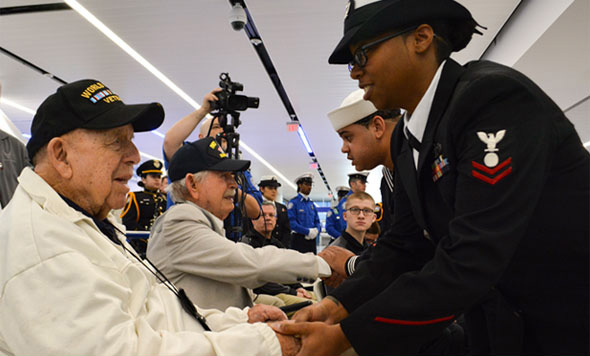 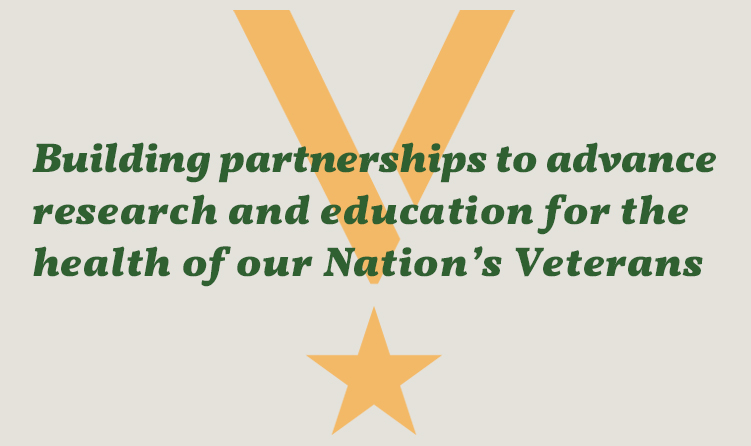 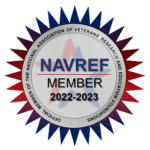 Our organization believes that excellence in administration and capacity building will contribute to a more robust, responsive, and agile research operation at VAGLAHS. All research studies and educational programs supported by VA NPCs benefit the VA’s research mission, including patients and their families. 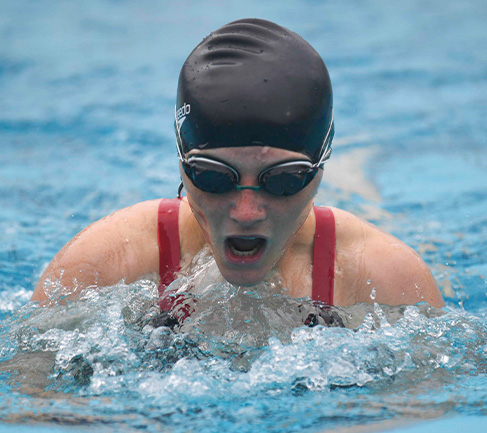 Our Veterans have given a selfless gift through their service to our country, and they deserve the best health opportunities available. For more than 90 years, the Department of Veterans Affairs (VA) Veterans Health Administration (VHA) has managed or sponsored research that has led to health care breakthroughs and improved the lives of Veterans and the public. It has been instrumental in medical advancements such as therapies for tuberculosis following World War II, the implantable cardiac pacemaker, the first successful liver transplants, and the first powered ankle-foot prosthesis.  ​

In 1988, Congress authorized the Department of Veterans Affairs medical centers to establish nonprofit research and education foundations that allowed VA investigators to access non-VA-funded research opportunities. Each VA NPC is an independent, state-chartered organization exempt from Federal taxation under section 501(c)(3) of the Internal Revenue Service Code. Approximately 81 NPCs operate in service to VA across the United States. 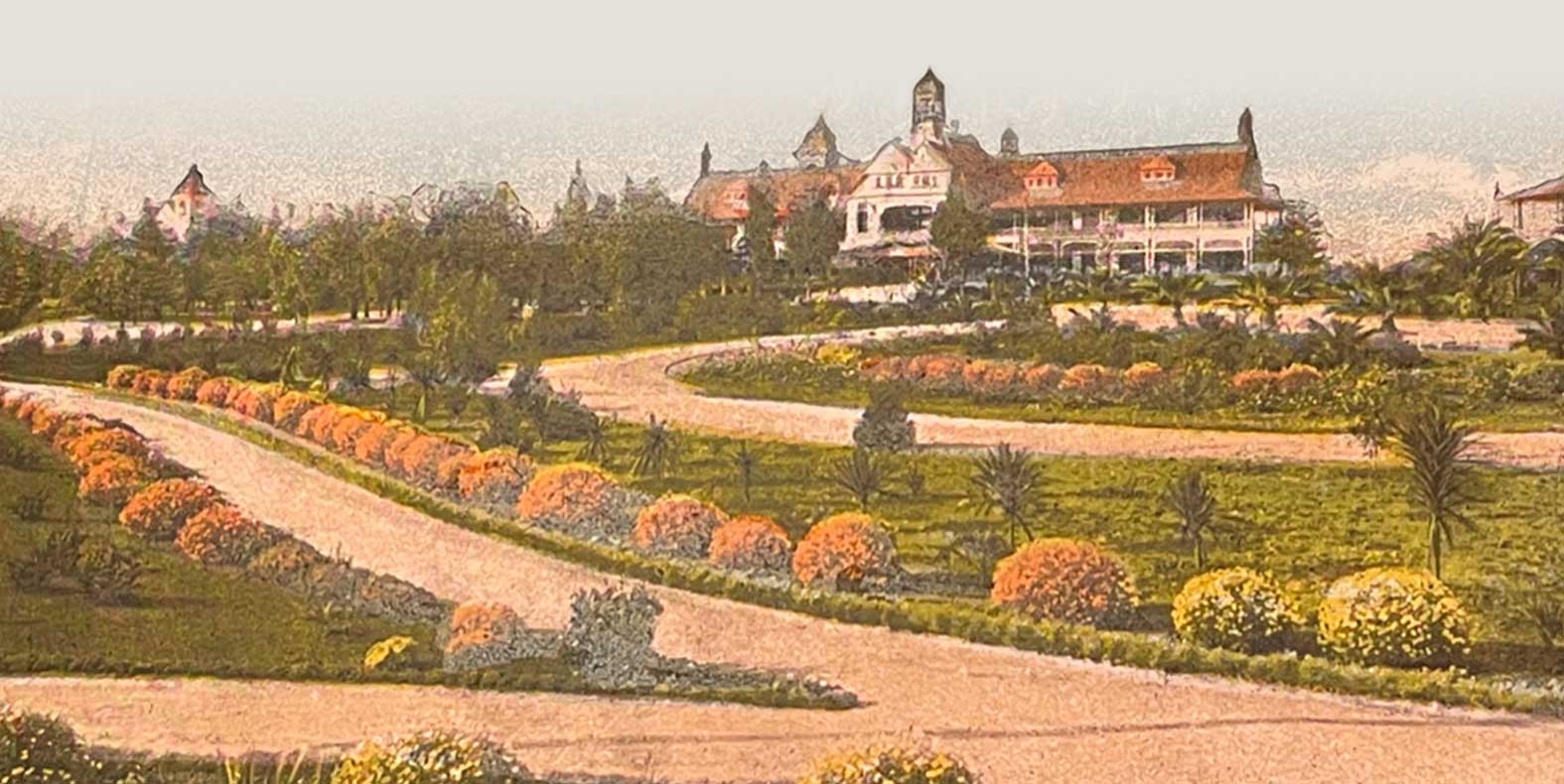 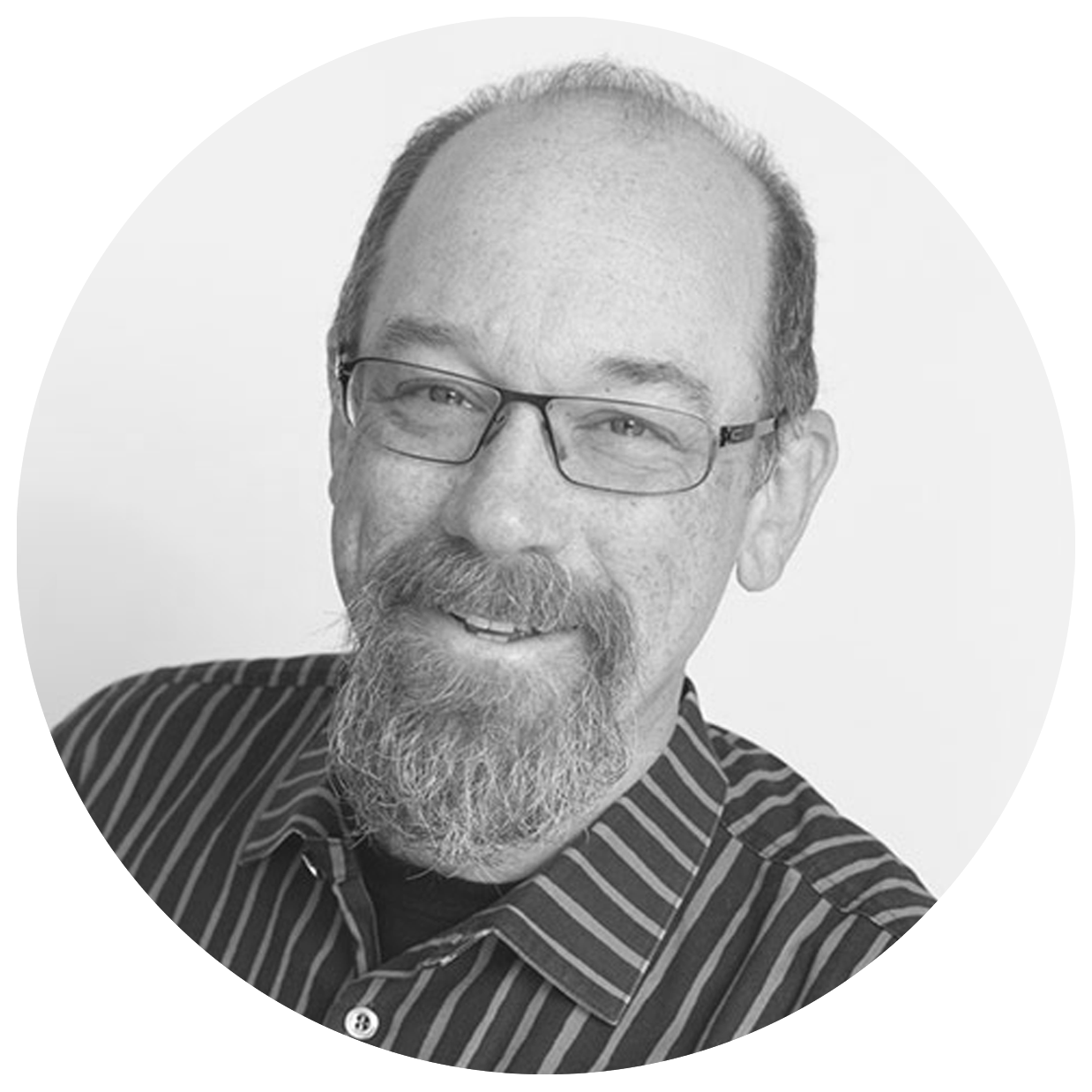 Dr. Beenhouwer is an Infectious Disease Specialist in the Department of Medicine at the VA Greater Los Angeles Healthcare System. He is a Professor of Medicine at the David Geffen School of Medicine at UCLA and has an actively funded research program in basic, epidemiological and clinical research in infectious diseases. Dr. Beenhouwer received his medical degree from Yale University and, after his residency at Columbia-Presbyterian Medical Center in New York, completed a clinical and research fellowship in infectious diseases at Albert Einstein College of Medicine. 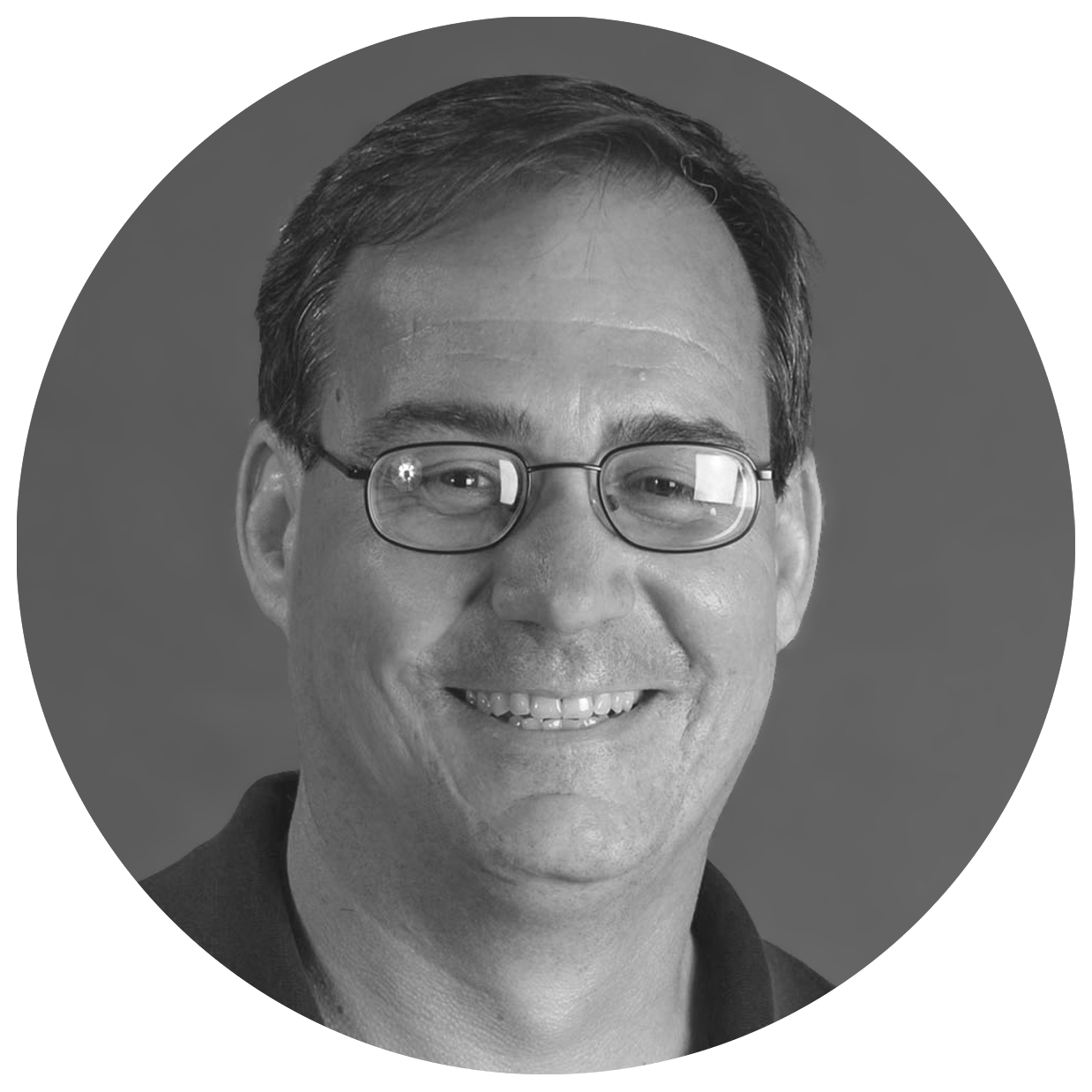 Professor and Director of the Military and Veteran Programs,
Susan Dworak-Peck School of Social Work, USC

Carl Castro, PhD is Professor and Director of the Military and Veteran Programs at the Suzanne Dworak-Peck School of Social Work at the University of Southern California. Dr. Castro is one of the leading military health theorists in the world today. He received his PhD from the University of Colorado. He began his military career as an infantryman, completing two tours in Iraq. Current research efforts include understanding and ameliorating the effects of military trauma and stress on service member and their families, unit readiness, prevention of suicides and sexual assaults, and evaluating the process of transition into the military, as well as from military service back to civilian life. 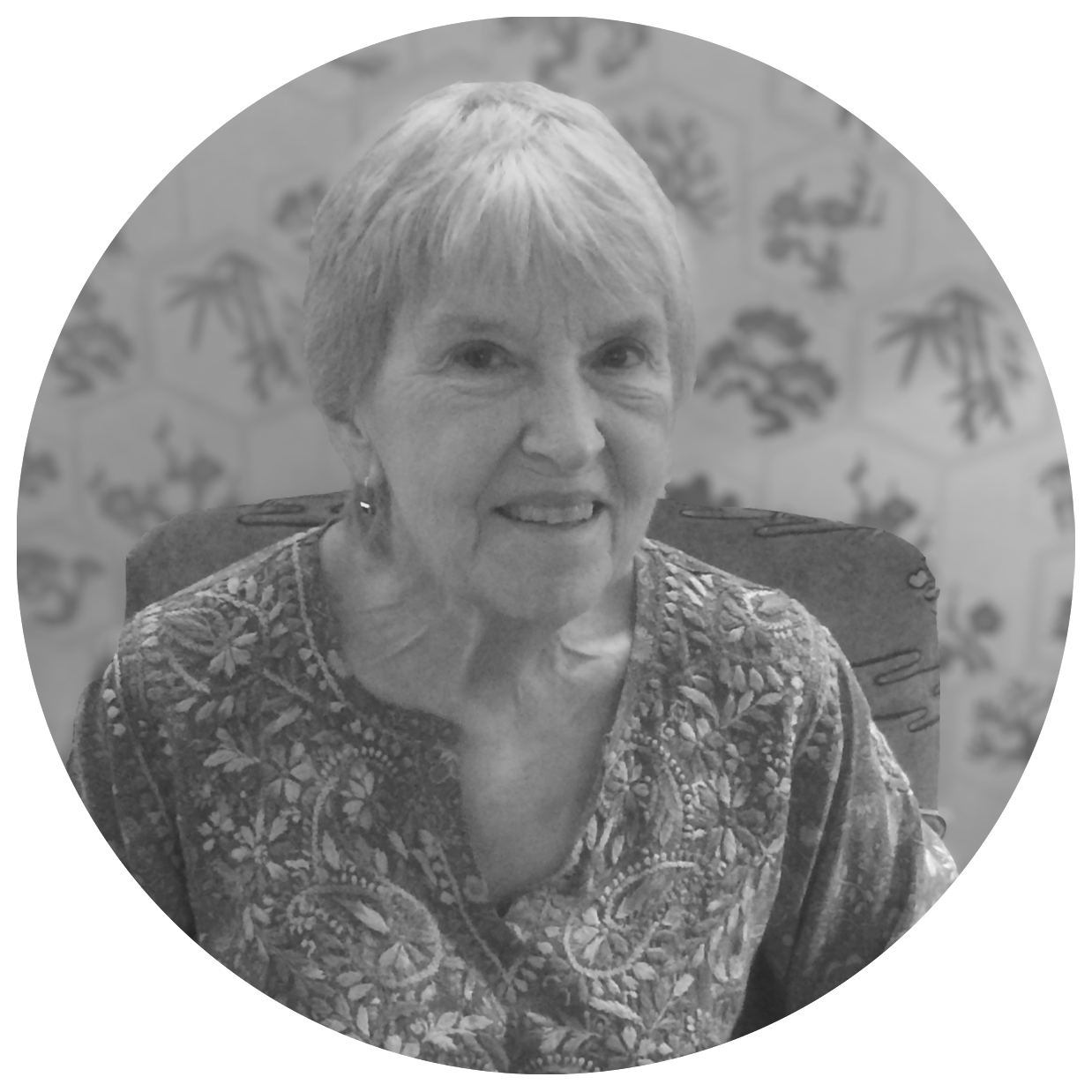 (Ret) Health Systems Specialist for the Chief of Staff

Mary Baker’s long tenure at VA Greater Los Angeles Healthcare System began in 1980 as the Administrative Officer, Geriatric Research, Education, and Clinical Center (GRECC). From 1994 — 2007 she served as a Health Systems Specialist for the Chief of Staff. Mrs. Baker is trained in biological science. She has conducted research projects and the National Library of Medicine and MIT. Mrs. Baker serves on the Boards of other organizations such as OPICA Adult Day Care and Counseling Center, where she has been the Board Chair and Chair of the Governance Committee. 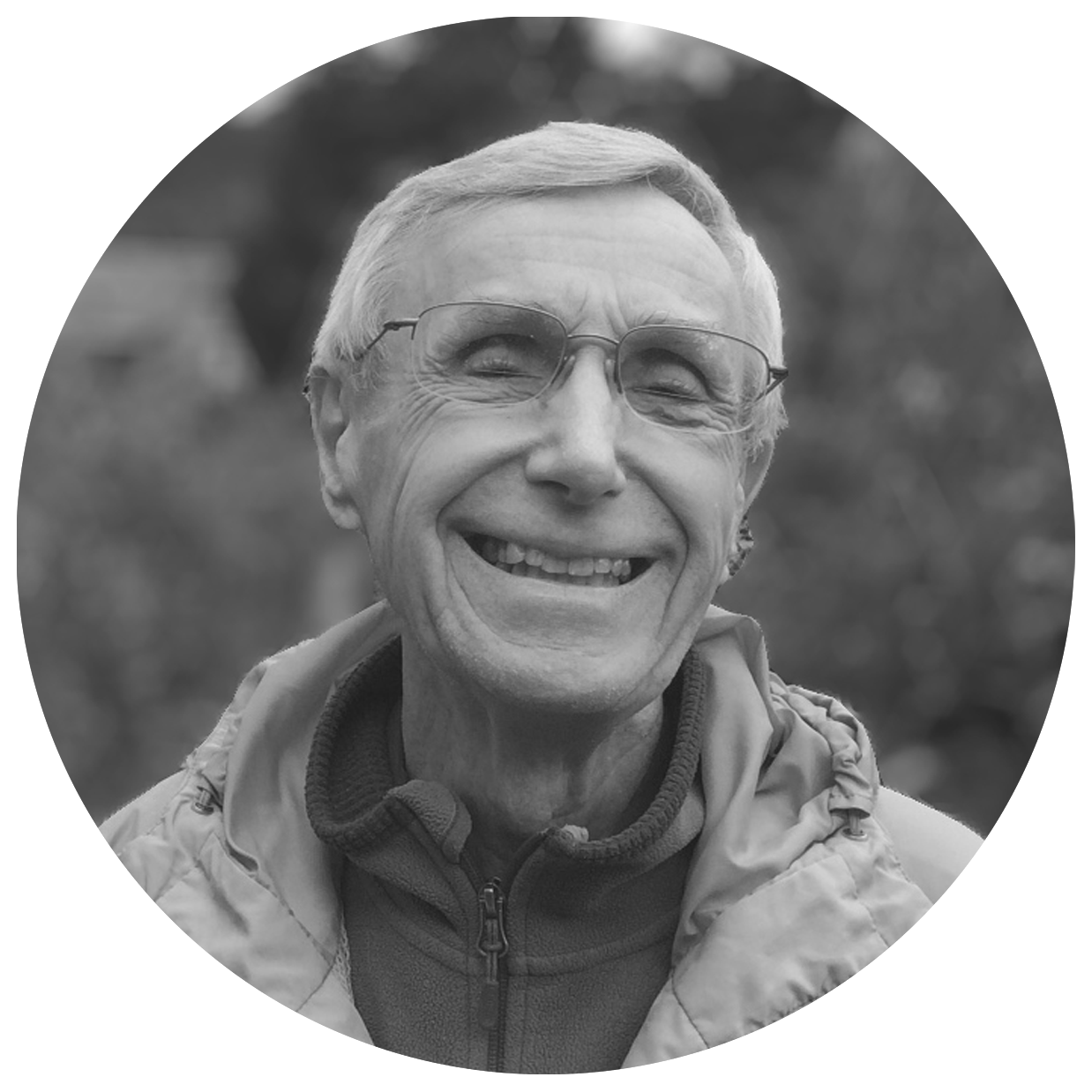 Robert Baker, PhD is Emeritus Professor of molecular biology, University of Southern California. Dr. Baker received his BS in Chemistry from Stanford University and his PhD in molecular biology from Brown University with his postdoctoral at Stanford. Other activities:  summer genetics student at the Jackson Laboratory, Radiation Physicist at the Marine Biological Laboratory, member of the Genetics Study Section of the US National Institutes of Health, member of numerous committees at the University Park campus and the Keck School of Medicine at USC. 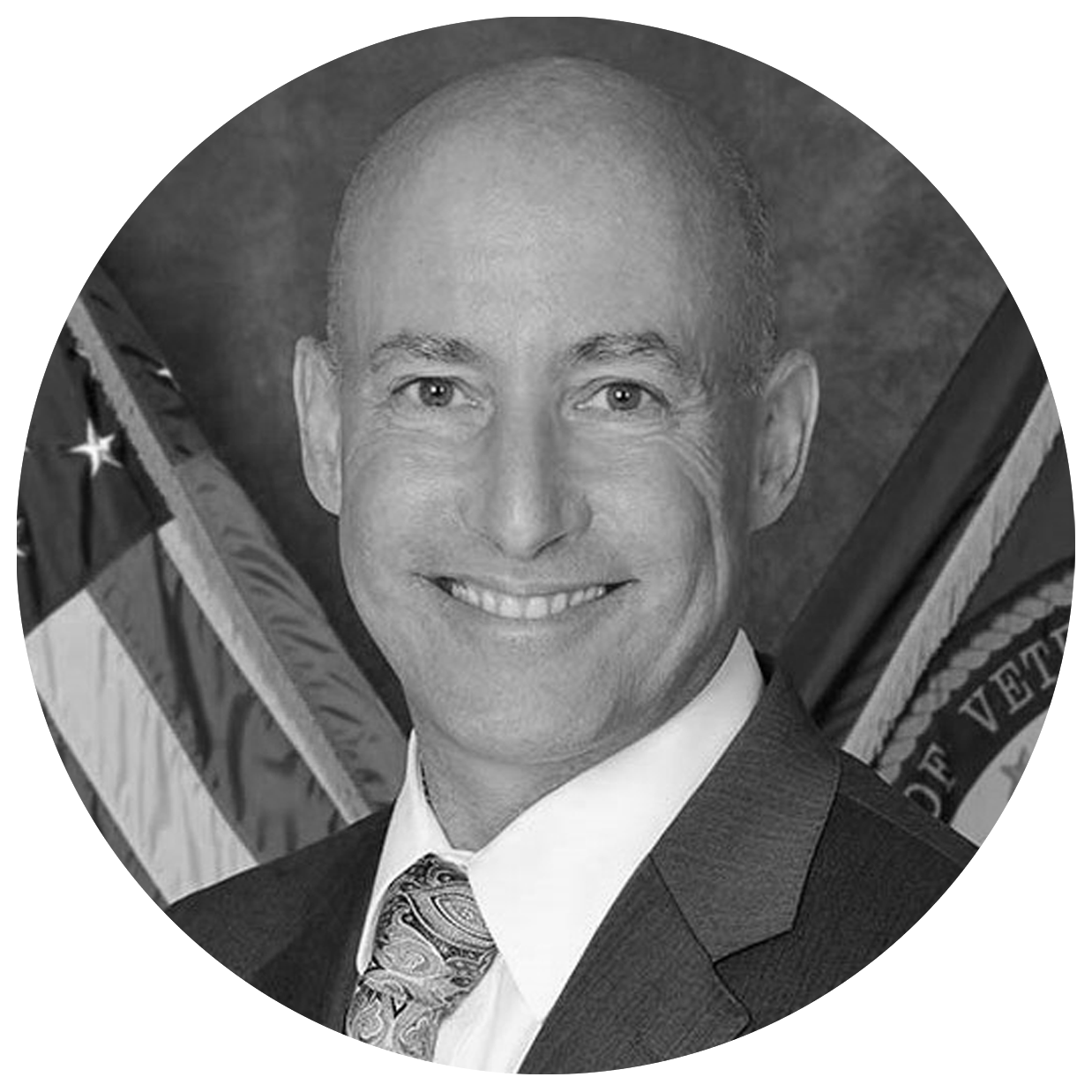 Steven E. Braverman, MD joined as Medical Center Director, VA Greater Los Angeles Healthcare System in 2019 after serving as the Hospital Director of the Edward Hines Jr. VA. Dr. Braverman retired from the Army after 29+ years of service in the Army Medical Corps as a Physical Medicine and Rehabilitation physician. He served as Director of Program Analysis and Evaluation for the Army Medical Command and Office of the Surgeon General. Additional assignments include Director (Commander), Walter Reed Army Institute of Research; Director (Commander), Carl R. Darnall Army Medical Center. He deployed to Iraq as the Multi-National Corps–Iraq Deputy Surgeon for Clinical Operations. Dr. Braverman is Board Certified by the American Board of PM&R. He has served on the Boards of Directors of the Association of Academic Physiatrists, the American Academy of Medical Acupuncture, and the American Board of Medical Acupuncture. 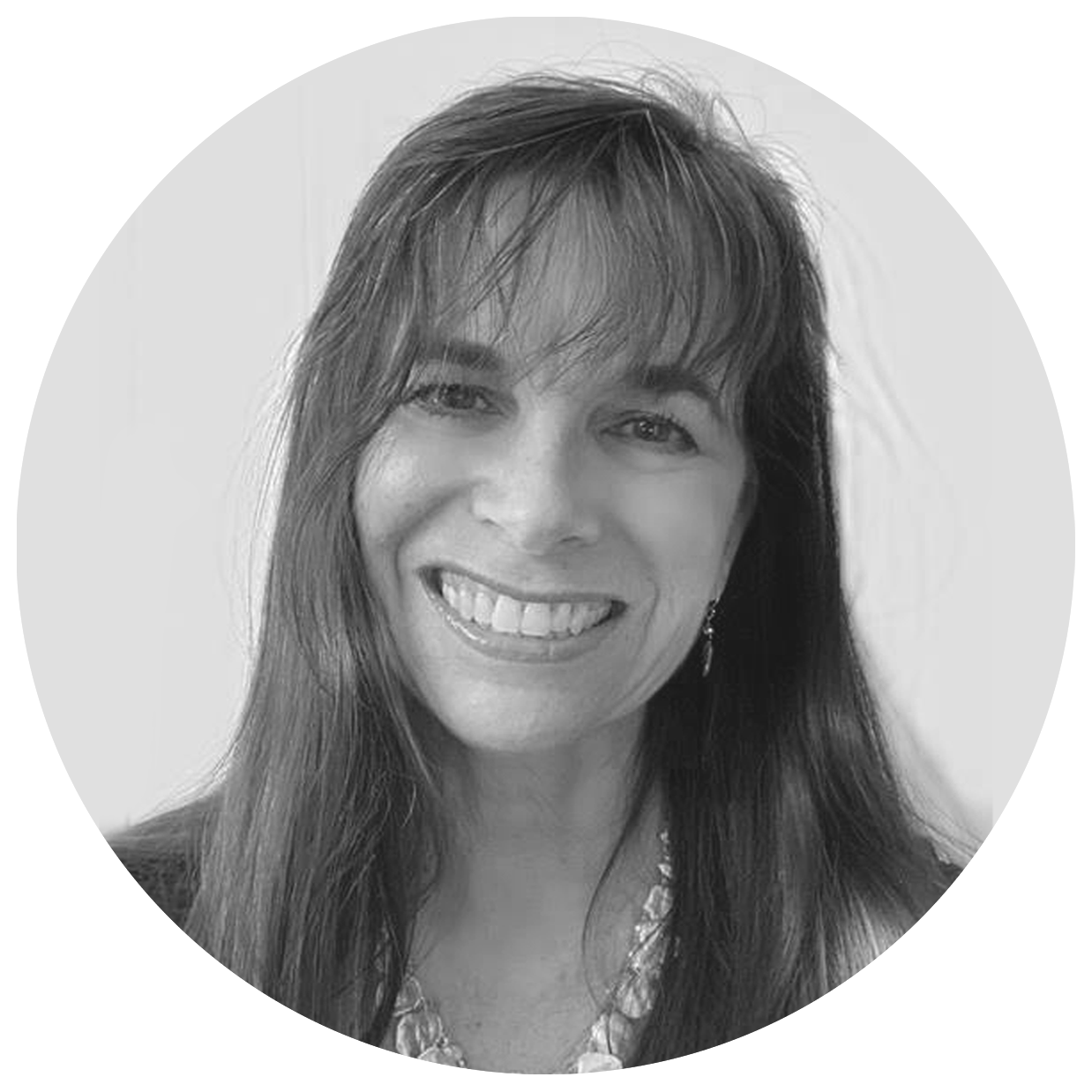 Associate Chief of Staff for Education

Linda Godleski, MD, is the Associate Chief of Staff for Education at VA Greater Los Angeles Healthcare System. Dr. Godleski is the past ASOC-E for the VA Connecticut Healthcare System (VACHS) with Yale as its primary affiliate.  Dr. Godleski also serves in the role of VHA Director of the National Telemental Health Center, where she worked with DEA to develop telemedicine prescribing authorities and served as a consultant to the Department of Defense, the Office of Rural Health, and the Alaskan Federal Healthcare Access Network. She received the VA ‘s highest recognition for educators, the VA Worthen Award for Career Achievement in Academic Excellence. Dr. Godleski is a Professor at Yale School of Medicine in the Department of Psychiatry. She received her BS degree from Yale, and her MD from the University of Virginia where she also completed her psychiatry residency. 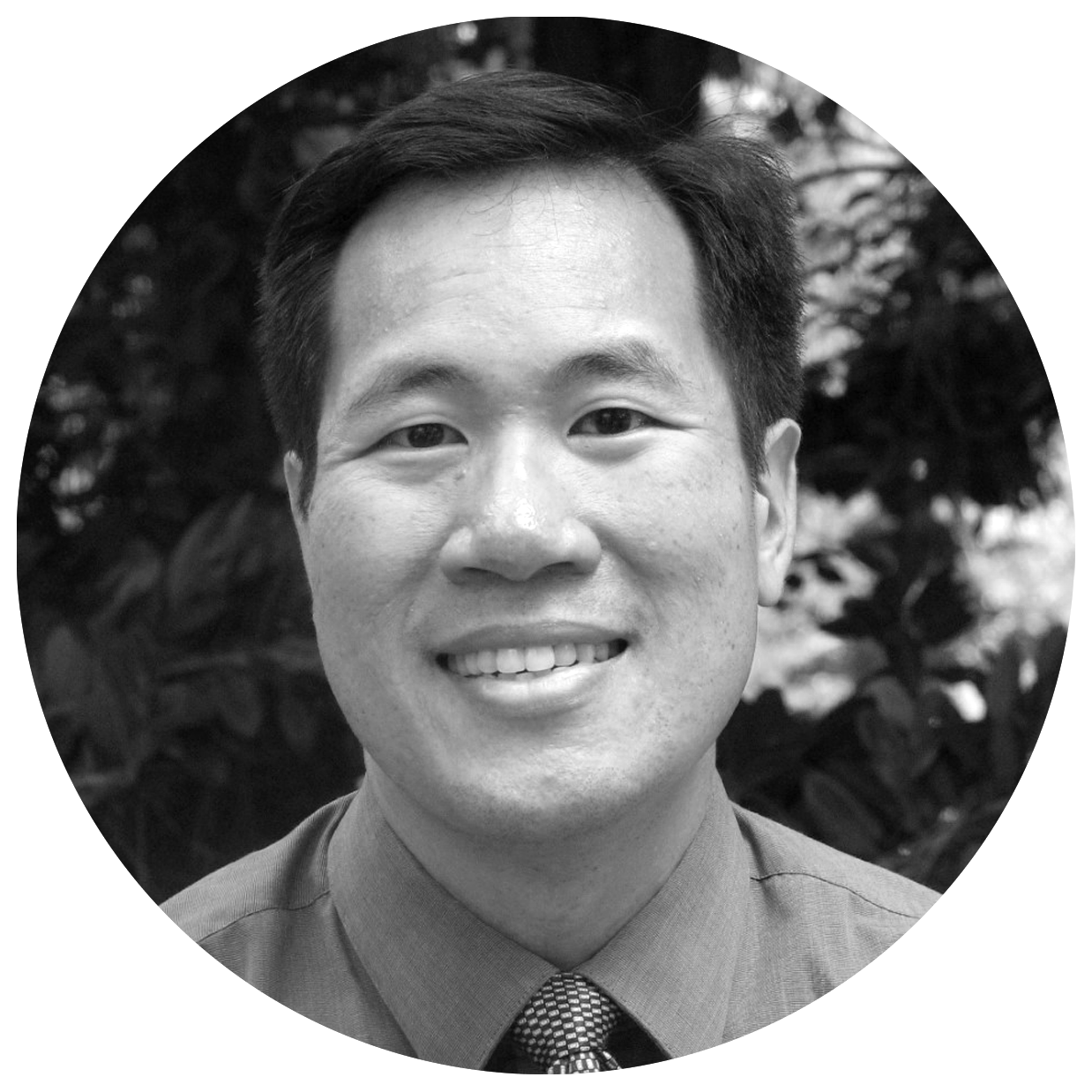 Associate Chief of Staff for Research

Michael Ong, MD, PhD is the Associate Chief of Staff for Research. Dr. Ong is a Professor in Residence of Medicine & Health Policy and Management at UCLA. He is Chief of the Hospitalist Division at the VAGLAHS. Dr. Ong is a practicing general internist. His research interests focus on improving the delivery of appropriate and efficient health care by general internal medicine physicians. His research has applied this focus in several areas of general medicine, including hospital-based care, mental health, and tobacco control. He co-directs the Stakeholder-Partnered Implementation Research and Innovation Translation (SPIRIT) Learning Health System (LHS) Center of Excellence in LHS Researcher Training funded by the Agency for Healthcare Research and Quality and the Patient Centered Outcomes Research Institute. He co-leads the BreatheWell and ResearchWell Pods for the Semel Healthy Campus Initiative Center at UCLA and is Vice-Chair of the Academic Medicine College at the David Geffen School of Medicine at UCLA. Dr. Ong is currently Chair of the State of California Tobacco Education and Research Oversight Committee. 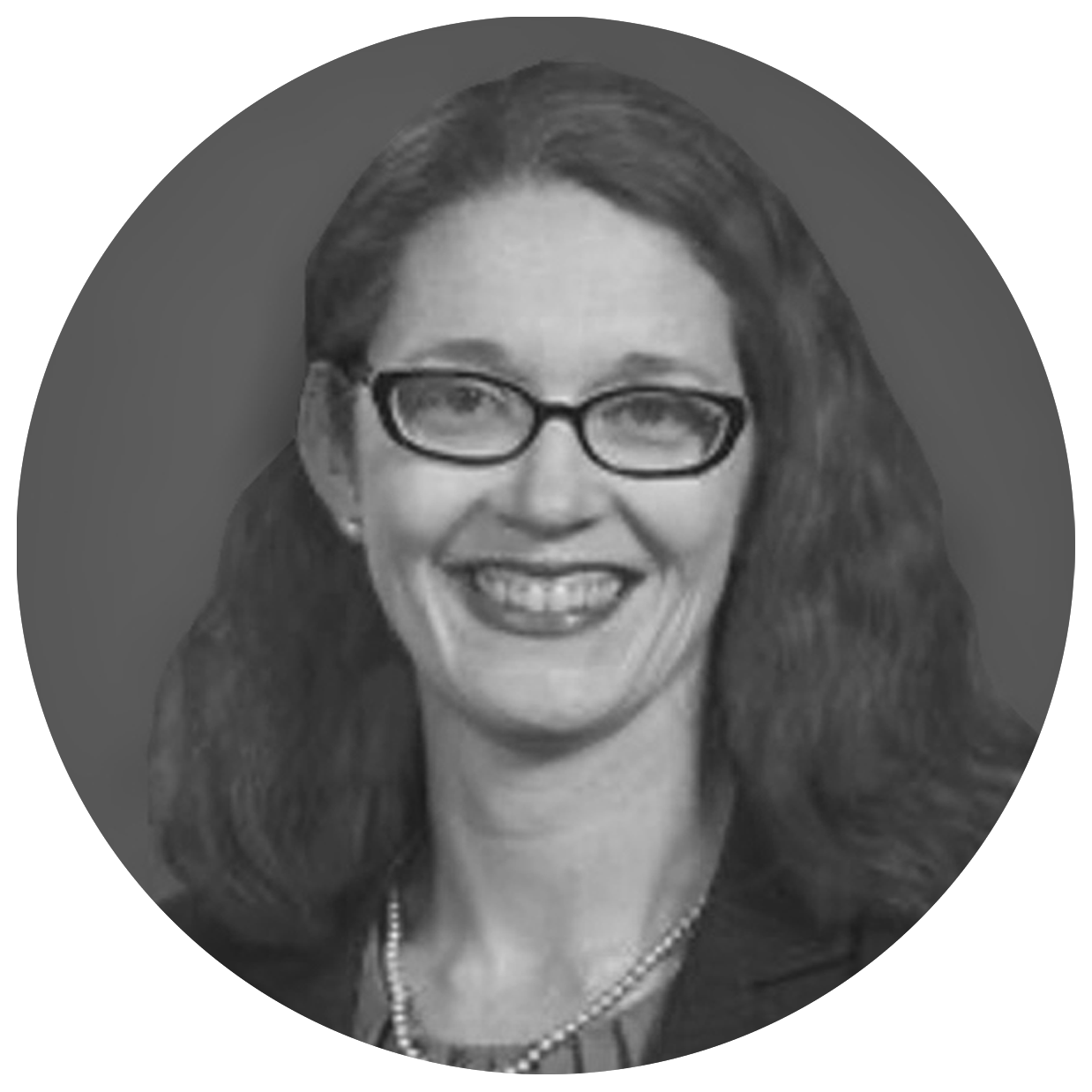 Marcia Russell, MD, FACS is a Staff Surgeon in Colon and Rectal Surgery at the VA Greater Los Angeles Healthcare System and Associate Professor of Surgery in the Section of Colon and Rectal Surgery at the David Geffen School of Medicine at the University of California Los Angeles (UCLA). Dr. Russell received her MD from New York Medical College and completed her General Surgery Residency at Ronald Reagan UCLA Medical Center followed by Colon and Rectal Surgery specialty training at the Lahey Clinic in Boston.  As a member of the core development team of the Coalition for Quality in Geriatric Surgery (CQGS) a collaboration with the ACS; she served as the co-chair of the CQGS Standards Subcommittee. She currently serves as the Vice Chair for the ACS Committee on Geriatric Surgery Verification. 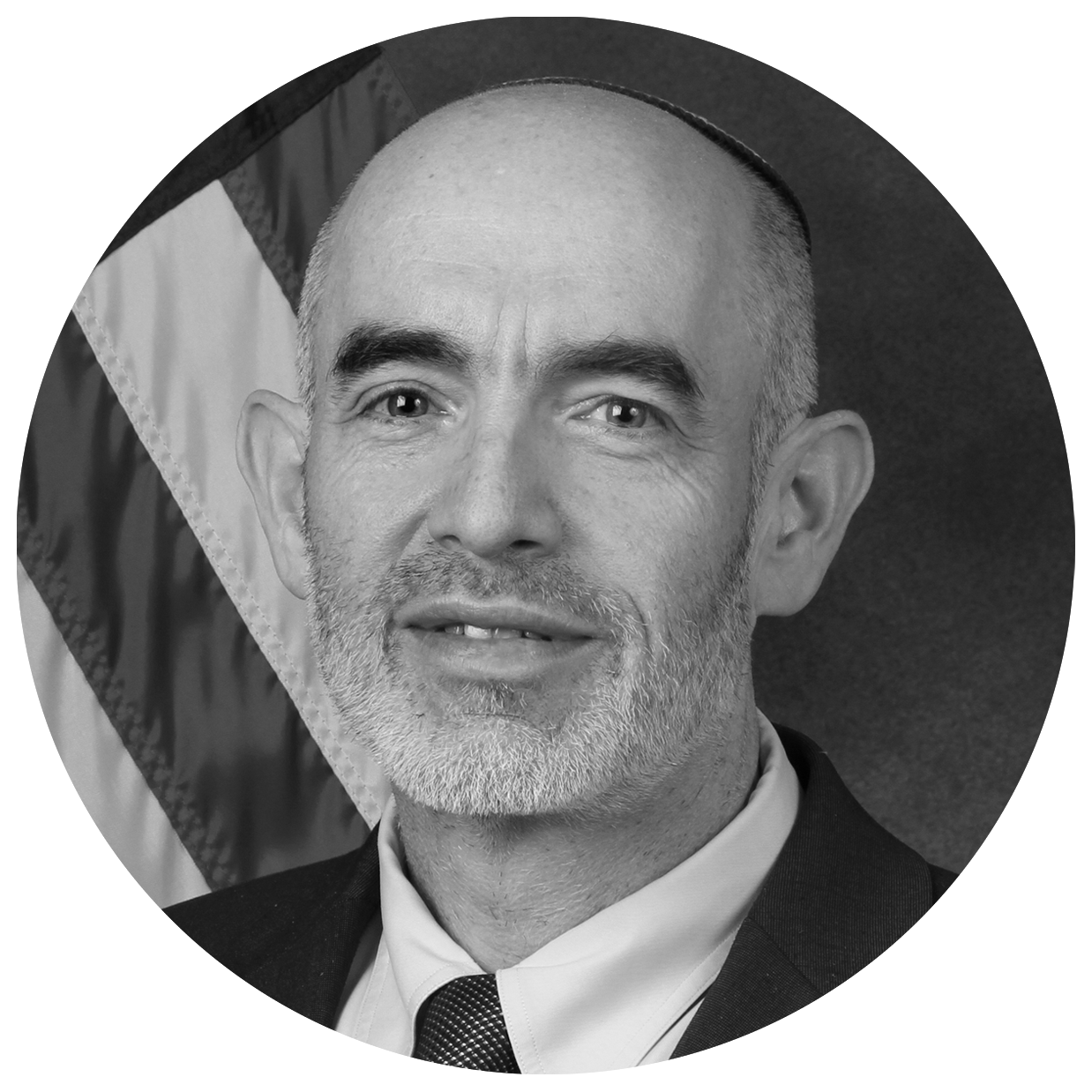 Steven R. Simon, MD, MPH was appointed as Chief of Staff, VA Greater Los Angeles Healthcare System, in 2020. Previously, he served as Associate Chief of Staff and Chief of Geriatrics and Extended Care at VA Boston Healthcare System. Dr. Simon is a nationally recognized health services researcher and medical educator. His research focuses on interventions to improve the quality and safety of health care, with special emphasis on the use of educational programs and healthcare information technology to improve the delivery and receipt of care for common medical conditions. He has served as principal investigator on numerous investigator-initiated research grants from the VA Health Services Research and Development Service and the Agency for Healthcare Research and Quality.

Dean Yamaguchi, MD, PhD held positions as Research Director of the Geriatrics Research, Education, and Clinical Center at the VA prior to becoming Associate Chief of Staff, Research & Development at the VA Greater Los Angeles Healthcare System. Dr. Yamaguchi received his MD and PhD from Tulane University. Dr. Yamaguchi’s clinical training was done in Obstetrics/Gynecology at the Charity Hospital of Louisiana, Internal Medicine at Tulane University Affiliated Hospitals. Subspecialty in Nephrology at the VA/UCLA Combined Nephrology Fellowship Program with Board Certifications in Internal Medicine and Nephrology. Now retired from the VA and an Emeritus Professor of Medicine, David Geffen School of Medicine at UCLA. He continues to serve the VA as a reviewer for the Career Development program.

Board of Directors Online Application

Greater Los Angeles Veterans Education and Research Foundation: Building partnerships to advance research and education for the health of our Nation’s Veterans. Supporting Veterans health research and education allows our nonprofit to support innovative discoveries in biomedical, clinical, social, and basic research at Veterans Affairs Greater Los Angeles. Your tax-deductible donation will help ensure that doctors and scientists have the resources they need to succeed, to advance Veterans health. Donate today! GLAVREF is a tax-exempt 501(c)(3) non-profit organization, and your gift is tax-deductible to the extent allowed by law.Tax ID #83-2316783. If your donation ($5,000 and above) is being made to a specific researcher or research program, GLAVREF will contact you to provide a Donor Statement Regarding Conflicts of Interest. 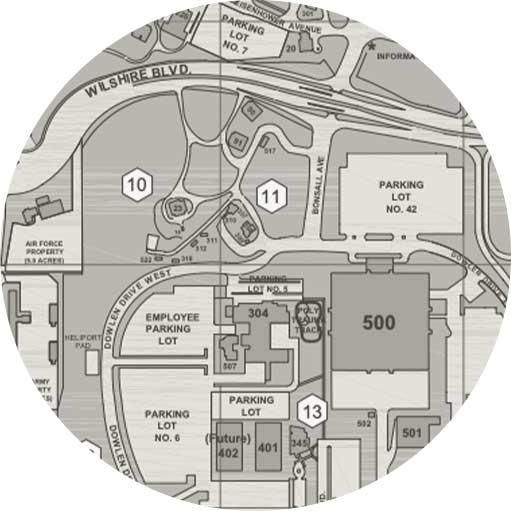 GLAVREF is housed on the grounds of the VA Greater Los Angeles
Healthcare System at 11301 Wilshire Boulevard, Los Angeles, CA 90073.